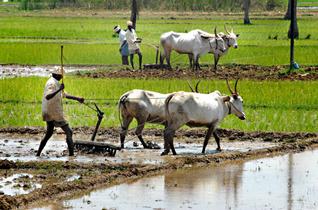 It is the time to face new cess named as Krishi Kalyan Cess (KKC) @0.5% on the value of all taxable services as introduced by Budget 2016 w.e.f 1st June 2016. Many of us have some questions about introduction of this new cess. In this short blogs we covered almost all such questions.

A cess is a tax which is to be utilized for a specific purpose for which it is collected like education cess for promoting education, Swatch Bharat cess for cleanness and similarly Krishi kalyan Cess for improving agriculture. Hence Krishi Kalyan cess is introduced to finance and promote the initiative to improve agriculture in our country which is much needed due to increasing food requirement in a highly populated country like India.

Krishi Kalyan Cess is levied on what:

Krishi Kalyan Cess is levied on value of all taxable services, Hence Effective Rate of Service tax would be 15% from 1st June 2016:

Effect of Krishi Kalyan Cess on Pocket of Common man :

After introduction of Krishi Kalyan Cess all services would become costlier like Rent payment, Travel, Advertisement, Internet bill, Construction etc. Hence more money outflow from the pocket of common man and less savings. Service tax is an indirect tax hence all burden of increased tax would be passed on to ultimate consumer. Due to increase in rate of Service tax cost of manufacturer would increase, which will lead the price hike of their product or services.

As per rule 4 of Point of Taxation Rules, 2011 : Determination of Point of taxation in case of change in effective rate of tax:

To simplify,  there are three criteria Service, Invoice and Payment, out of these three the side in which two falls rate of that side would be applicable.

Unlike SBC, Input Credit of  Krishi Kalyan cess would be allowed to be taken and this can only be utilized for payment of Krishi kalyan cess on output service. We know that input credit on  Swatch Bharat Cess is not allowed.

Some other important points which needs to be noted about Krishi Kalyan Cess:

History of Service tax Rates and How to find which rate will apply?