Making of GST Law in india

As we all are aware that Government has decided to implement GST w.e.f 1st July 2017. I received many email asking questions about GST. I request the reader to ask their questions under “Ask free Questions” tab.

GST stands for Goods and Service Tax. As we know there are various types of indirect taxes like Customs, Excise duty, Sales tax/VAT/CST, Octroi/Entry tax, Service Tax etc. Some of these taxes like Sales tax/VAT/CST and Entry tax etc. are the part of revenue for State Government while others like Excise duty and Service tax etc. are the part of revenue for Central Government. With the intention of easiness of process in indirect tax regime, bringing in revolutionary changes in indirect tax system and for giving a push to industrial development in India Central Government has decided to merge various indirect taxes into one i.e. GST.

In India, following GST law are being passed by Central Government:-

In India, following GST law are being passed by respective State Government:-

The State Goods and Service Tax Act (SGST Act) for each respective State:-

Indirect taxes which are merged in GST:-

Taxability of Mutual Fund: Is your mutual fund taxable or exempt? 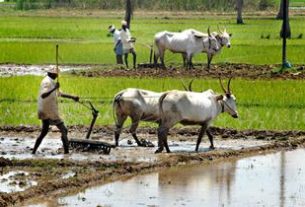