What is the Provident Fund(PF)?

Provident Fund is a retirement saving scheme in India that is similar to the United State’s Social Security program. Its purpose is to provide financial support to members. To understand the scheme of the provident fund, we can discuss it in two parts:

In Employees Provident Fund(EPF), workers must contribute a portion of their salaries and Employers also contribute a minimum sum as defined in law. The corpus so build is to provide financial support to workers as per law. EPF scheme is only for people who are in employment. EPF is governed by “THE EMPLOYEES’ PROVIDENT FUNDS AND MISCELLANEOUS PROVISIONS ACT, 1952“.

Employees Provident Fund (EPF) is maintained by the Employees Provident Fund Organization (EPFO) of India. An establishment with 20 or more workers working in any one of the 180+ industries should register with EPFO. EPFO is a statutory body of the Indian Government under Labor and Employment Ministry. It is one of the largest social security organizations in the world in terms of members and volume of financial transactions undertaken.

Public Provident Fund is a social security scheme for all people not only for employees but also for a person who is self-employed, farmer, businessman, etc. The Scheme is backed by the Government of India to provide social security to all people. In this scheme, there is no contribution of the employer, only a person opting for the scheme have to contribute money over a period of time to earn attractive tax-free interest. PPF Scheme is governed by “PUBLIC PROVIDENT FUND ACT 1968“

What are the types of Provident Fund?

As explained above Provident fund is of two types: EPF & PPF which are explained below along with their sub-parts:

Minimum and Maximum limit of rate of contribution to Employees Provident Fund can be explained as below:

# Employer’s contribution is divided as follows:

Taxability of Provident Fund in India, can be explained with the help of following table:

Taxability and TDS on Provident Fund can be summarized in following manner:

On 23rd February 2018, Reserve Bank of India launched the Ombudsman Scheme for NBFC 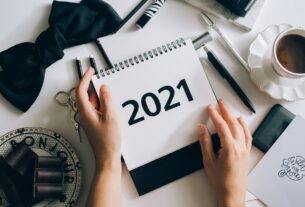