What is concept of Universal Basic Income (UBI)?

As per the concept of Universal Basic Income (also known as Unconditional Basic Income, Social Dividend, Citizen’s Income), the government have to pay a unconditional sum of money to every citizen on periodical basis. This sum of money is not a compensation for any work, But this is to enable the payee to spent on his necessities. This sum of money is paid to every citizen without the difference of his earnings, cast, sex or religion. After start of UBI, Government need need to spent on other related scheme to reduce poverty. Money saved from these related scheme may not be enough to start UBI, Hence Government may have to increase taxes to meet the increased required of funds.

As per Wikipedia,UBI  is a form of social security in which all citizens or residents of a country regularly receive an unconditional sum of money, either from a government or some other public institution, in addition to any income received from elsewhere.

Why not to pay only to BPL except paying to all Citizen?

Identifying millions of Below Poverty Line (BPL) families across the country and monitoring that targeted benefits are actually reaching them requires a huge and costly administrative apparatus. Moreover, wherever discretion is allowed in deciding who qualifies for some benefit—for instance, eligibility for BPL status—rent-seeking and misclassification are bound to flourish. Thus, according to several official studies and surveys, most recently the Shanta Kumar committee report, nearly half the subsidized foodgrains distributed through the targeted public distribution system (TPDS) for BPL families do not reach the intended beneficiaries. The benefit of UBI is in its first word i.e. Universal which means the sum of money is to be paid to all citizen not only to selected BPL people. If Intended beneficiaries are left behind and the whole purpose of UBI will fail. Hence in UBI, basic income is paid to all citizen so that every person will get the money. In this way rich persons will also get money which may be recovered back in form of increased taxes on rich people.

UBI would completely do away with targeting and all the challenges that come with it. It would be simpler, easier to administer, prone to less discretion, hence less rent-seeking, and have zero misdirection since everyone would be an eligible beneficiary. Leakages would also be minimized if UBI is administered using the JAM (Jan Dhan Yojana, Aadhaar and mobile connectivity) trinity, the IT-enabled technological innovation. According to reports, Aadhaar has pretty much covered the entire population and the Jan Dhan Yojana extends to about one billion people. It is already being used for some direct benefit transfers, such as subsidies for cooking gas, and about half the bank accounts have already been linked to Aadhaar. Once the entire JAM package is complete, administering direct UBI transfers will become much simpler and more transparent.

Where does this UBI concept came From?

At the Cato Institute, a US scholars Matt Zwolinski have argued that State welfare programmes spend around $1 billion annually, yet 16% of the population remains below the US poverty line. Zwolinski has proposed replacing all the existing programmes with an unconditional Basic Income Guarantee of $10,000 per year for every American over 21 years. He argues this would be cheaper, less paternalistic, less intrusive, and entail less bureaucracy.

Today ( 30th January 2017) Economic Survey 2016-17 is tabled in parliament , the Survey has suggested the Universal Basic Income model as a social security model to replace the existing range of subsidies and other schemes aimed at combating poverty. The Survey however did caution that political challenges could derail the proper implementation of the UBI scheme by continuing subsidies. The Economic Survey, which is a status report and an outline for the future rolled into a single document, estimated that a UBI scheme would cost 4 to 5 percent of the GDP. Terming it a “powerful idea”, the Survey noted that such a scheme is not ready for implementation. UBI was referred as “Social Dividend” till 1970. Since long, UBI remain the hot topic of discussion world wide. But till date no country has fully implemented UBI model. Even if Economic Survey 2016-17 suggested UBI model, But there are various legal, constitutional, administrative and economic hurdles in the implementation of Universal Basic Income model. 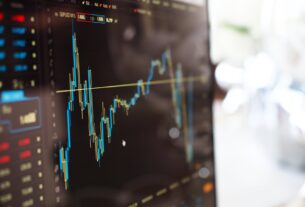 What is the Impact of change in the interest rate on equity investment/share market?