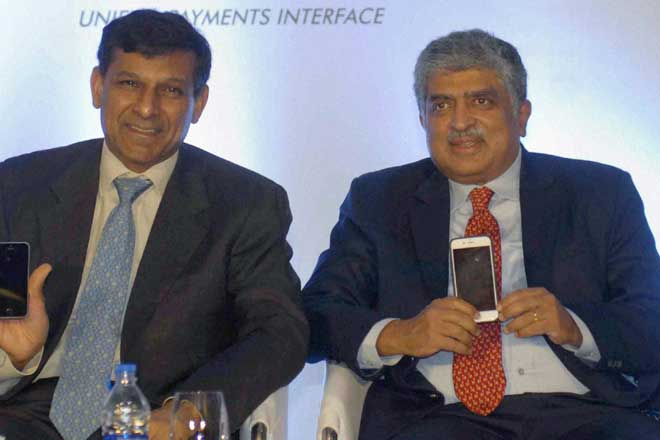 On April 11, 2016, the soft launch of UPI was announced by Dr. Raghuram Rajan. For the last few months it was under pilot run mainly with employee, customers. The purpose of „pilot run‟ was to ensure that technical glitches, if any, are fixed and the product gives a smooth experience for immediate „Pay‟ and „Collect‟ with Virtual Payment Address (VPA).

After assessing the success of pilot run, RBI had accorded their final approval for public launch of the product with a press release of NPCI (National Payment Corporation of  India) issued on 25th August 2016.

India moves a step closer to becoming a cashless economy this month with the launch of unified payment interface (UPI), the brainchild of RBI governor Raghuram Rajan. The UPI is all set to become a game changer in the e-commerce sector. Shopping online will become easier since making online payments need not include entering your card number, expiry date, CVV code and password etc. Using the e-commerce firm’s UPI id, payments can be made in a jiffy!

The same holds true for cash-on-delivery payments as well. While customers can pay the e-commerce firm directly, they can also pay the delivery boy using his UPI id or – better still – using the QR code the delivery boy carries on his UPI app!

The Economic Times reports that 29 banks are a part of the UPI network. However – in what is yet another bonus for customers – any bank’s systems can be used on the UPI to make payments or transfer money.

What is UPI: Unified Payment Interface?

UPI is a unique payment solution which empowers a recipient to initiate the payment request from a Smartphone developed by NPCI and RBI. It facilitates „virtual payment address‟ as a payment identifier for sending and collecting money and works on single click 2 factor authentication.

The interface is the advanced version IMPS which is a 24X7funds transfer service unlike NEFT and RTGS. UPI will allow a customer to have multiple virtual addresses for multiple accounts in various banks. In order to ensure privacy of customer’s data, there is no account number mapper anywhere other than the customer’s own bank. This allows the customer to freely share the financial address with others. A customer can also decide to use the mobile number as the name instead of the short name for the virtual address like 1234567890@xyz.

NPCI’s decision was to allow only those banks with 1,000 customers, 5,000 transactions and success rate of around 80 percent during the pilot runs to go live. Some big lenders like SBI have not been able to meet the deadline. SBI official said, “App for the UPI is ready. It has to be tested thoroughly to avoid glitches before making it available to millions. Bank has largest retail customer base in the country and we do not want complaints to grow exponentially by going live in a hurry.” SBI will further examine the app with closed-user group and may go live in about a month’s time, the official added.

The UPI launch was awaited as it is expected to give a significant boost to mobile money transfers. UPI is built on the existing Immediate Payment Service (IMPS) that allows real-time transfer of money 24×7 and is also interoperable across banks which, giving it a leg-up compared with other money transfer applications.

How a Package of Rs. 20 Lakh Crores going to make India – Atmanirbhar Bharat: First Phase-13th may 2020

On 23rd February 2018, Reserve Bank of India launched the Ombudsman Scheme for NBFC